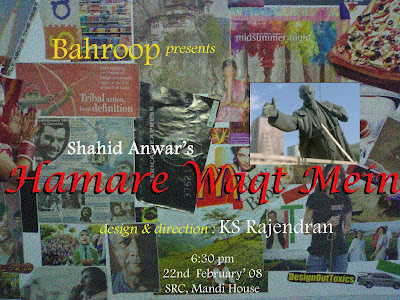 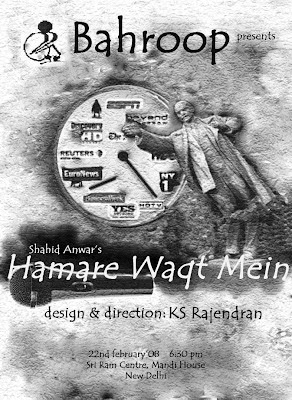 Hamare Samay Mein underlines the decadence of a unipolar world where one loses sight of the possibilities for an alternative existence. It profiles the contour of dreams and hopes Man has to live with when the tradition of resistance is getting thinner and thinner
Posted by Benil Biswas- Vidushak (The Jester) at 08:48 0 comments 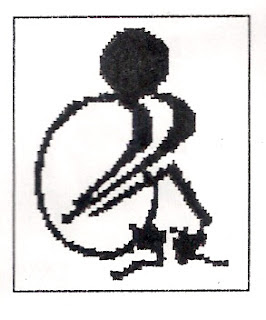 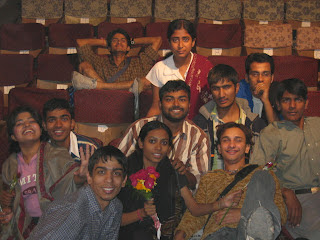 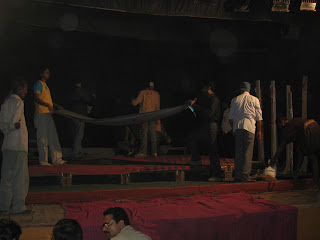 Labels: About the Group 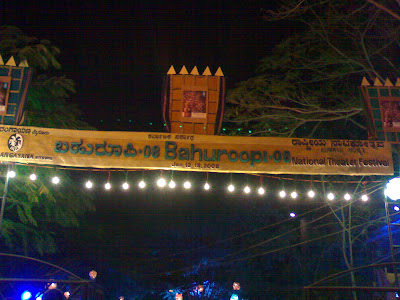 Bahroop has been active for around past 11 years developing new sensibilities and creating space for the learners to be more rational, conscious and responsible about the society around them, through ‘Theatre’ as a medium of communication. Recently, a new feather was added to its cap, when Bahroop was invited to participate in the Bahuroopi - 08th National Theatre Festival, Jan 12-18, 2008 at Mysore, Karnataka. Bahroop went to the festival with its production- Bertolt Brecht’s The Life of Galileo (in Hindustani). The play was translated by Shahid Anwar and directed by Prof. HS Shivaprakash,noted Kannada Poet and Playwright, Professor at the School of Arts & Aesthetics, JNU.
The performance was well appreciated by the audience, theatre critics and media at the festival. Media reported that for the first time, Brecht was performed with the pattern of songs in a very compact manner, so the audience and theatre critics liked the presentation and compared it to the traditional Indian performance. Bahroop members freely interacted with the Students from University of Mysore and discussed many issues related to the culture, mode of performances and practices prevalent in these parts of the country. The organisers were very happy to have their students to interconnect and know how alternative groups like Bahroop are developing social consciousness, which result in a wholesome development of persona. Earlier on many instances Bahroop participated in theatre festivals at Jaipur, Gwalior, Kanpur and Hardwar to name a few, rejuvenating and teaching not only the students but society at large to use theatre as a mode of being socially active.
This Happens to be the first blog, and will be followed by the information about the genesis of this group and the vision it aims at..... i will do it gradually...
Posted by Benil Biswas- Vidushak (The Jester) at 10:27 0 comments