An interaction with Probir Guha 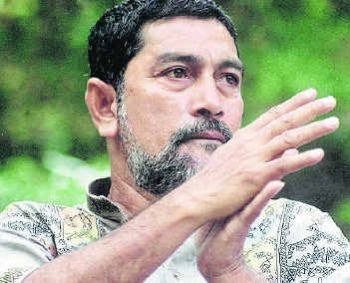 In 1977,Probir Guha established the Living Theatre (at present Alternative Living Theatre)in Khardaha, gathering around him a group disenchanted and unemployed local youth from improverised lower middle-class families. He chose Khardaha as the location for the ALTERNATIVE LIVING THEATRE, so that he can save ALT from the so called urban drama and threats to its integrity posed by the commercialism and economic pressures of the city. And he recruited actors form among the under privileged class to create a theatre shaped by their own struggles and sufferng.The Alternative Living Theatre struggles and suffering almost exclusively in the small towns and villages of West Bengal and neighbouring states and abroad. It his initiative that consistently attacked communalism, social obscurantism, oppressive social conventions, superstition and political apathy, while attempting to build new ideals and sow the seeds of change in human minds.


Bahroop feels honoured to have a great proponent like Probir Guha among us at the end of this month. special Thanks to Our Creative Director Mr. Shahid Anwar, who has been and is a constant source of energy and guidance, so that we may not falter from our projected goals and endeavours. Bahroop which has been trying to build an alternative theatre being active in JNU campus for the last 12 years will learn from the genesis of Alternative Living Theatre, West Bengal.

For more information about Alternative Living Theatre, log on to RangaMancha.blogspot.com or http://rangamancha.blogspot.com/
Posted by Benil Biswas- Vidushak (The Jester) at 10:44 0 comments

Bahroop staged its play Jangal Ke Daawedaar under the direction of Devendra Raj Ankur on 10th August 2008 at 7pm. The performance was blessed by the presence of doyens of modern Indian theatre such as Ram Gopal Bajaj, Jaideb Taneja, KS Rajendran, Romesh Chander, Prof HS Shivapraksh, Amitabh Shrivastava, Sangam Pandey, Shivkesh Mishra and others.
Posted by Benil Biswas- Vidushak (The Jester) at 11:47 0 comments 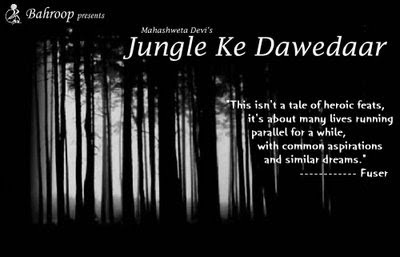 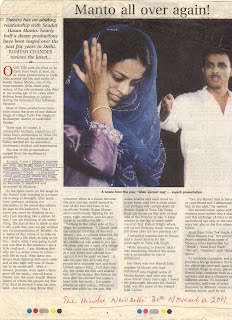